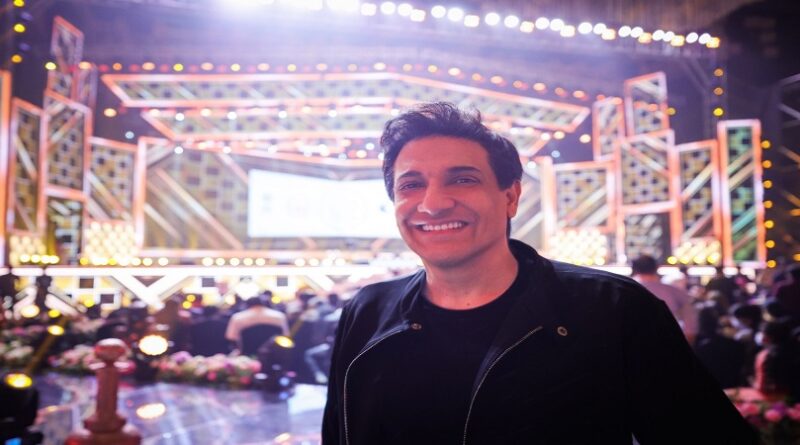 Photo Gallery Photo shoot
August 12, 2022 englishfreakyfuntoosh 44th FIDE Chess Olympiad 2022, director Vignesh Shivan, director Vignesh Shivan photoshoot, Prime Minister Narendra Modi, shiamak davar, Shiamak Davar’s troupe
Shiamak Davar’s troupe performs at the closing ceremony of 44th FIDE Chess Olympiad 2022. After choreographing the opening ceremony of the 44th FIDE Chess Olympiad in Chennai at the end of last month, Shiamak Davar has only gone on to match his recent feat by choreographing the opulent closing ceremony of the event.
The illustrious opening ceremony flaunted the rich heritage of Tamil Nadu, thanks to director Vignesh Shivan’s vision and Shiamak’s versatility coupled with his immense knowledge of Indian traditions and heritage. Not only that, in anticipation of the event, the host city decked itself up in its best possible outfit. From lit-up highways to chess-themed buses, autos, and bridges, the event took over the state of Tamil Nadu. It was an amalgamation of culture and chess-like one you have never seen before. ‘Grandiose’ and ‘extravagant’ are the two most apt words one could use to describe the occasion.

The closing ceremony culminated in a 2-week long convention where over 350 teams representing 187 countries battled it out on the black and white tiles. Shiamak helmed the choreography team in charge of all the routines on display within both: the opening and closing ceremonies. His choreography brought a refined dose of elegance to an event underscored by its extravagance.

In line with the curtain raiser, the closing ceremony saw director Vignesh Shivan and Shiamak come together to evoke a sense of national and cultural pride with emotive yet entertaining routines. From portraying the rich agricultural heritage of Tamil Nadu to elaborate routines highlighting India’s labor to national liberty, the routine left many teary-eyed.

Extremely overjoyed by how the event turned out, ace choreographer Shiamak said, “The fact that this is the first time India is hosting this prestigious event is already really special to me, but then to be allowed to implement my creative vision and choreograph these ceremonies is an absolute honor.”

Shiamak also took to Twitter talking about the same, “It’s a real honour to be the Director of Choreography for the opening of #44thFIDEChessOlympiad 2022 and to be invited again to choreograph the closing ceremony! Thanks to the entire team for making it an absolute success.”2

When it comes to showcasing national and cultural heritage on a worldwide stage, there are very few that can hold a candle to Shiamak Davar. The 44th FIDE Chess Olympiad was inaugurated on July 28th by Prime Minister Narendra Modi in the presence of MK Stalin, CM of Tamil Nadu. The CM along with grandmaster and five-time world chess champion Viswanathan Anand also made his presence felt at the closing ceremony at the event organized by Dr. Sanjay Kapoor, President of All India Chess Federation (AICF). Now that the curtains have been drawn, it is safe to say that Shiamak’s iconic routines will stay with attendees as one of the event’s highlights.

World Friendship Day: The Indian Performing Right Society Limited (IPRS) has always been appreciated for its core values, amongst which a